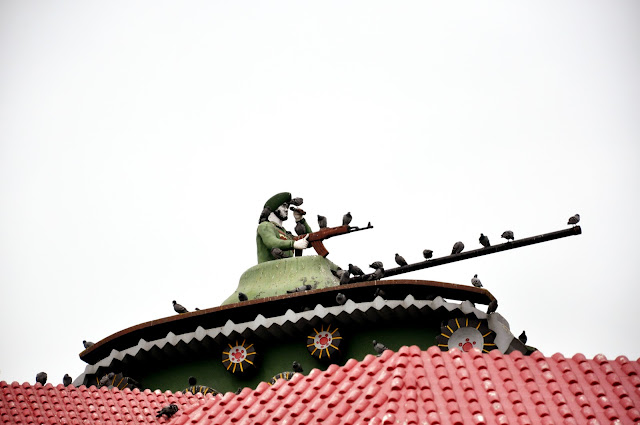 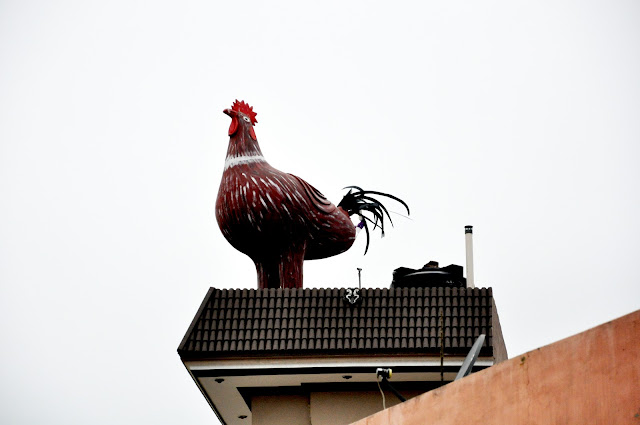 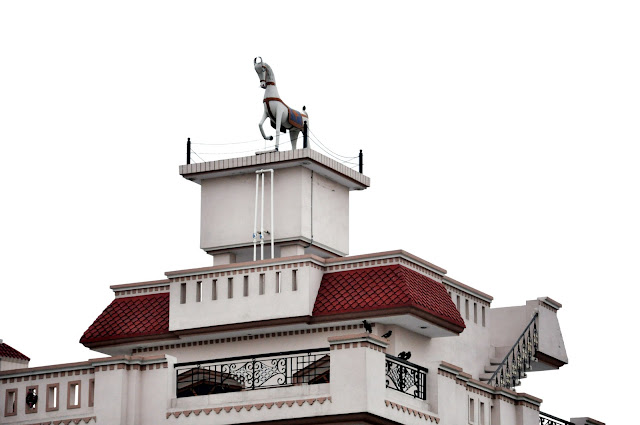 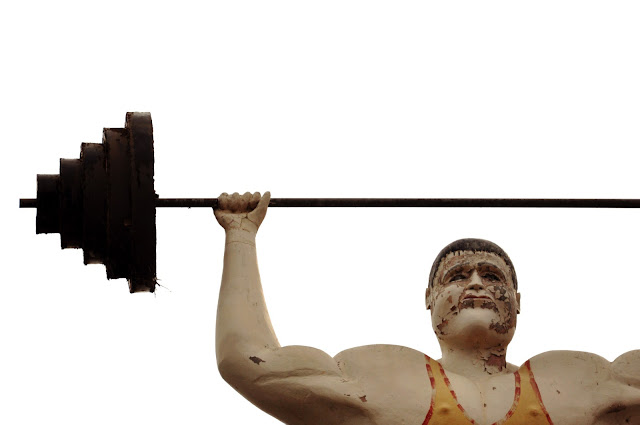 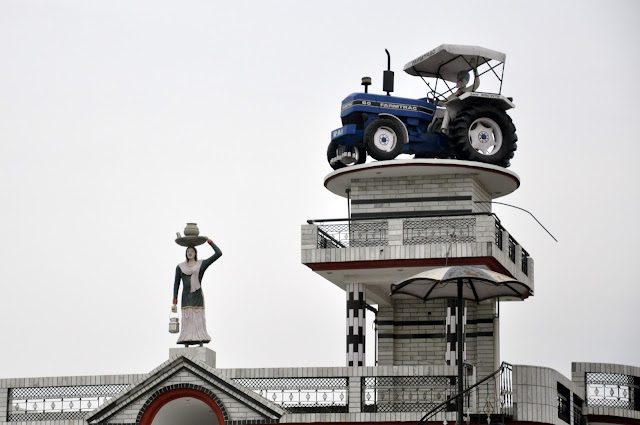 Tractor in Bada Pind, near Phillaur
(*this also features on Sonu's office wall. See below)


All this research led me to Ram Lobhaya's office in Jandiala (near Phagwara) This is from where he and his son, Sonu have run an enterprising business for 15 years. They have built made-to-order tanks for people all over Punjab, and have fulfilled orders as far as Haryana and UP. Having taken over all of Punjab, they are hoping to take their business overseas to Canada, the US and the UK where wealthy Punjabi NRIs have settled. 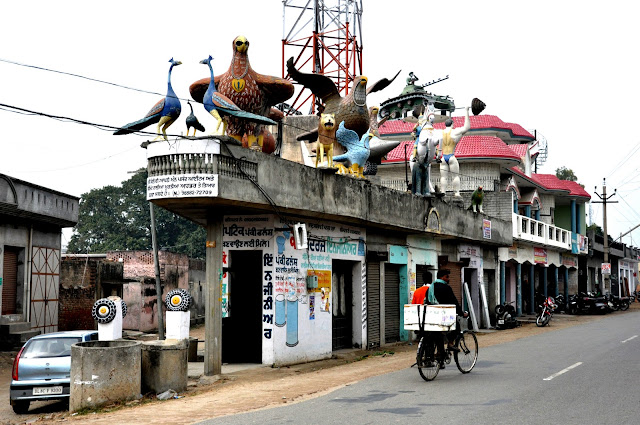 The tyres you see in front of the office belonged to an aeroplane, an unfortunate bus accident destroyed the plane leaving the tyres on both plinths. 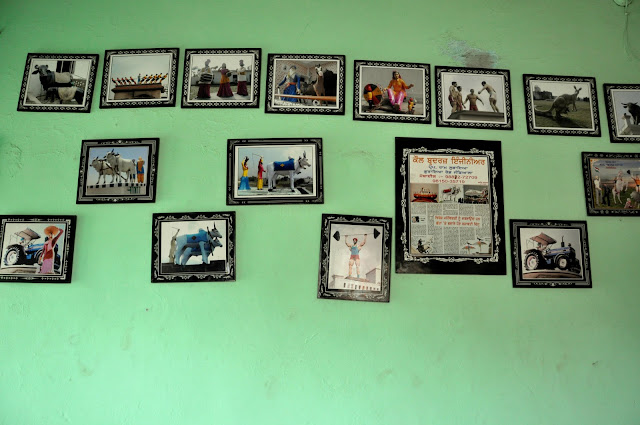 Despite the high number of aeroplanes I have seen in these past few days, Ram assures me that the aeroplane is an outdated design. Nowadays people want something more unusual. This could be a 'kabaddi' team of 3 or 4 players or a game of 'tug of war' played by 10 participants, complete with a referee. 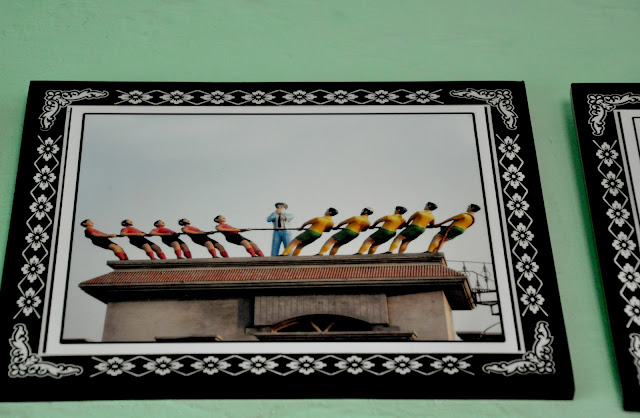 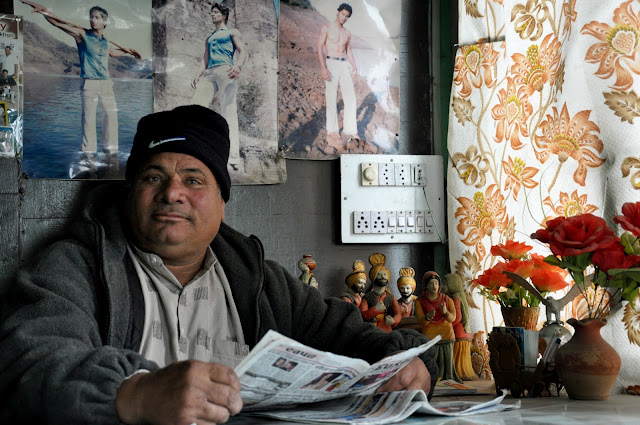 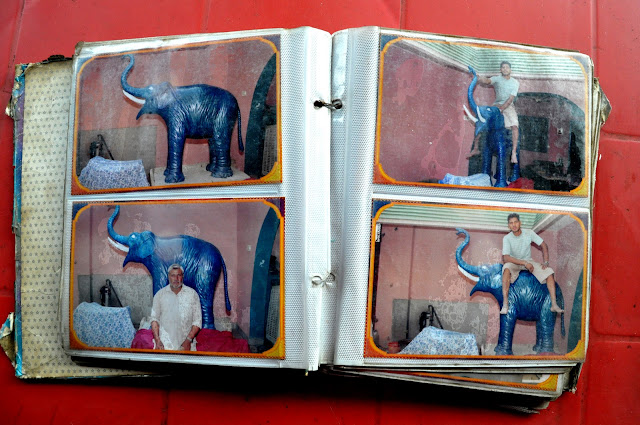 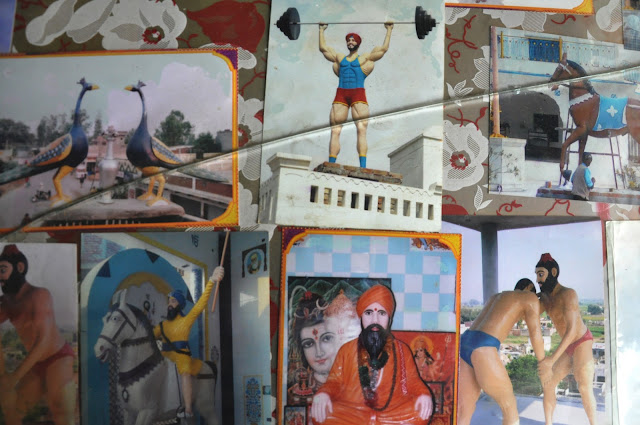 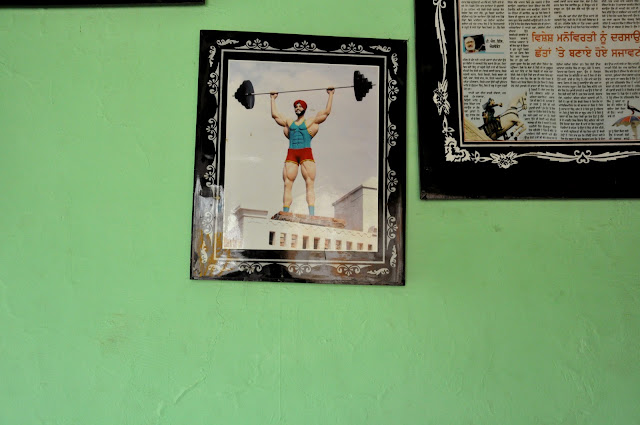 A father who is very proud of his athlete son had this one especially made as a gift. It was worked upon from several photos that were provided. 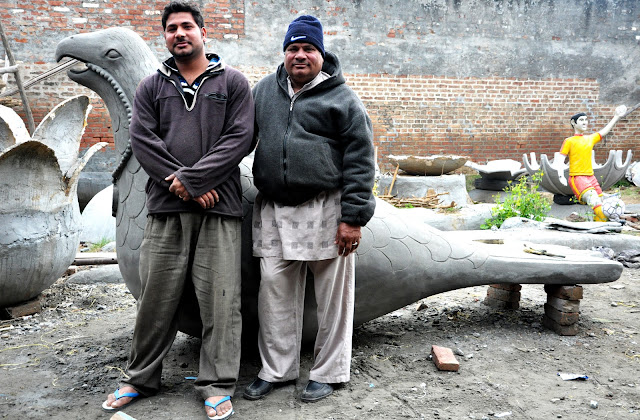 Ram Lobhaya and his son, Sonu in their workshop. 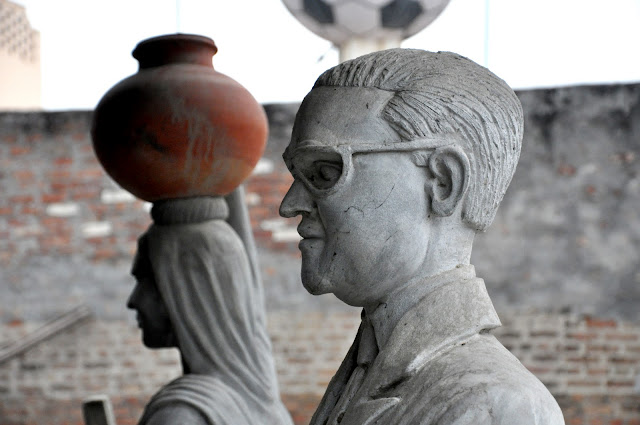 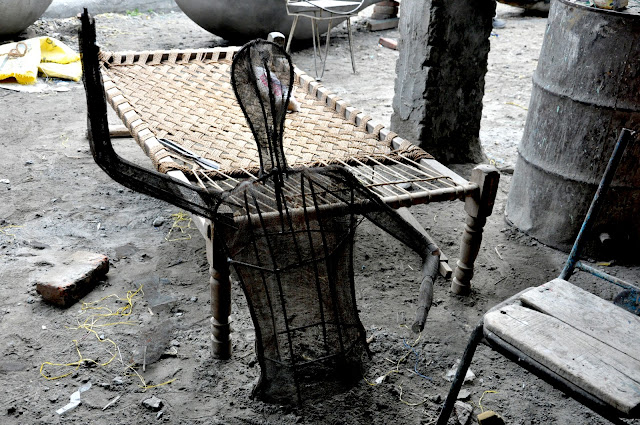 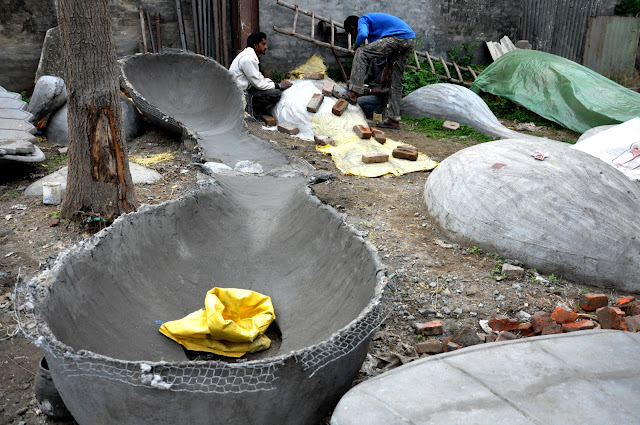 If you would like to get a water tank built or a sculpture, get  in touch with them on 98150-35719 or 01826-274380
There are several competitors in the area and although, Sonu Arts remains the oldest and is highly recommended, they only make water tanks to order and one cannot go and buy one off the shelf.
Parsoram, down the road stocks a aeroplanes, eagles and athletes and also makes customized tanks but not quite as elaborate as Sonu's. 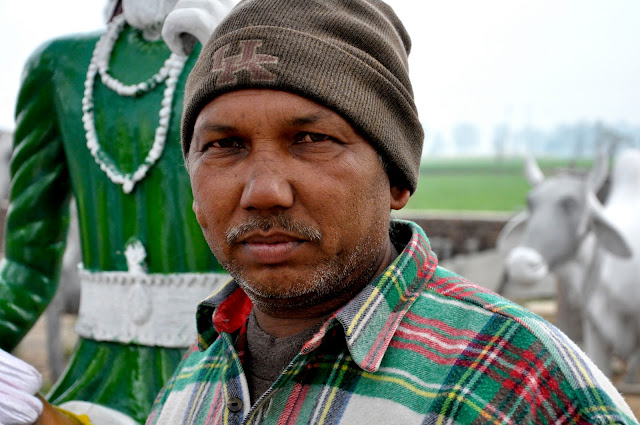 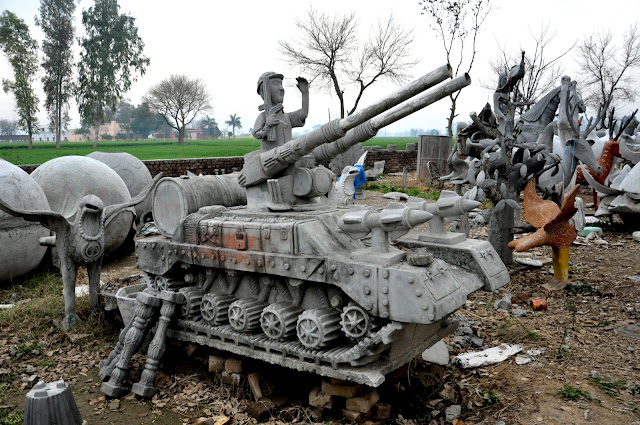 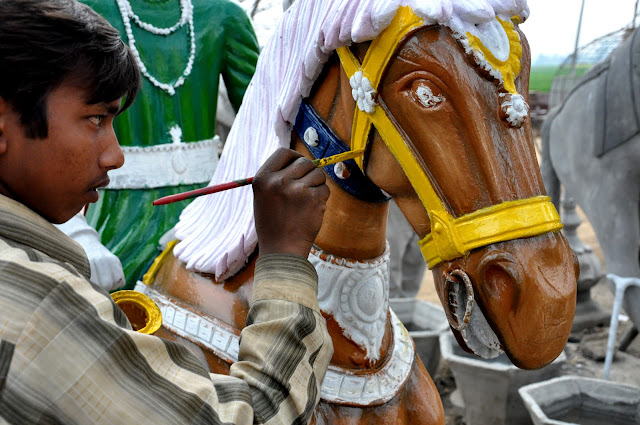 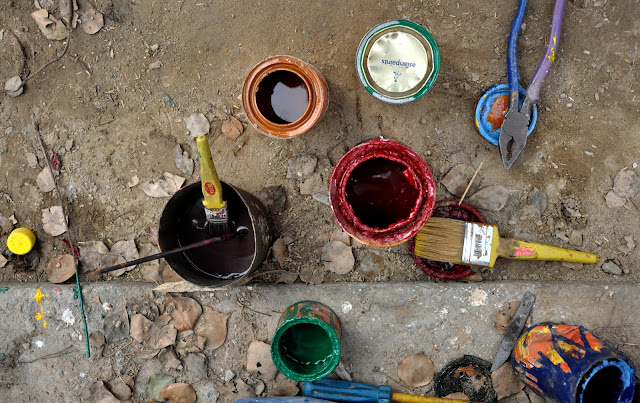 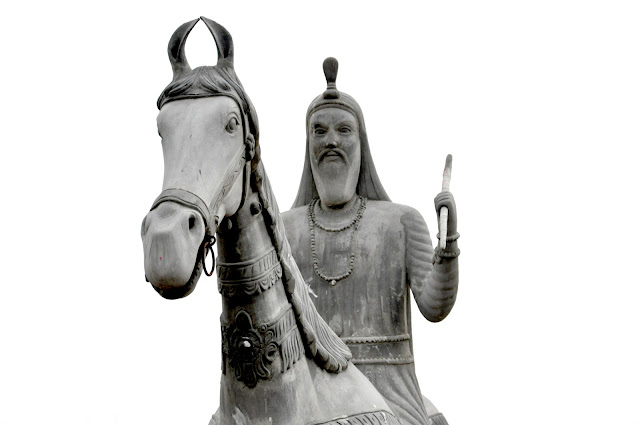 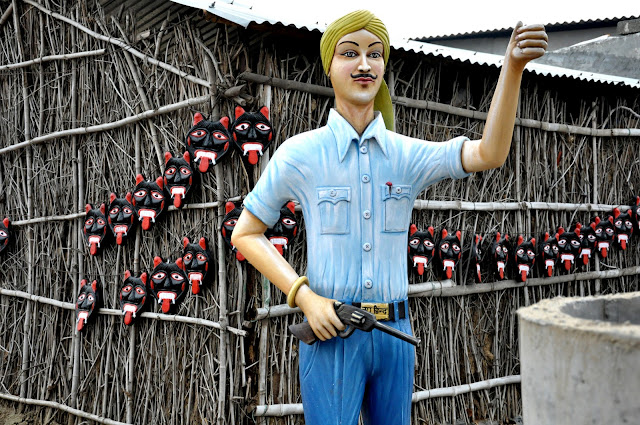 Posted by Kangan Arora Design at 17:38

These are really incredible; a fascinating photo-essay, Kangan..
Who'd have thought that something as mundane as a water tank could be elevated to high-art such as this!

Thanks Chris! You're right.
I couldn't understand why someone would have such an imposing water tank and draw attention to themselves. But it's not about that, it's about having a sense of humour and being 'shaukeen' (fond of things).

I guess you wouldn't need an address either. It could just be - the house with the green army tank on goraya road. Hard to miss :)